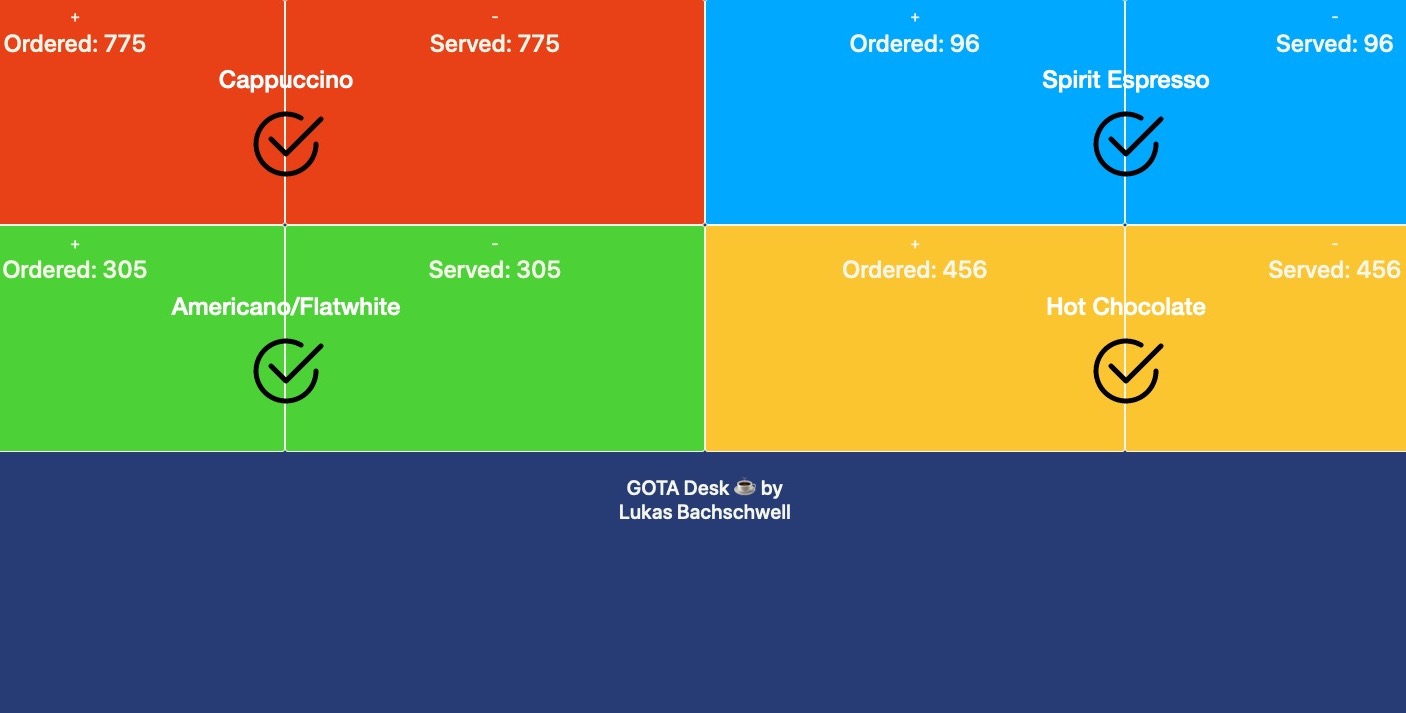 One of my friends, Markus, runs a small coffee shop in Vienna called GOTA Coffee Christmas 2019 they were selling coffee on a christmas market in front of the historical Schloss Schönbrunn and after a few days they figured the'll need a better order system, due to the massive amounts of people.

So I set out to quickly create what was needed. Markus described a quick draft of the system on a phone call: The goal was to add new orders from the cashier's desk and automatically see how many coffees need to be produced at the baristea's table. So I also named the system baristaSync. After a few back and forth tests we finished the final system, that could be used for 4 different products and would sync state between several connected phones, that were used as input devices.

I used a simple JSON file database and socket.io + express + JQuery as a very minimal stack. The setup was quite similar to mynode-message-board project.

Additionally I got to play a little with DroneCI, a simple CI1 framework based on docker, for the deployment to my server.

In case you are interested in the code just send me an email :-)