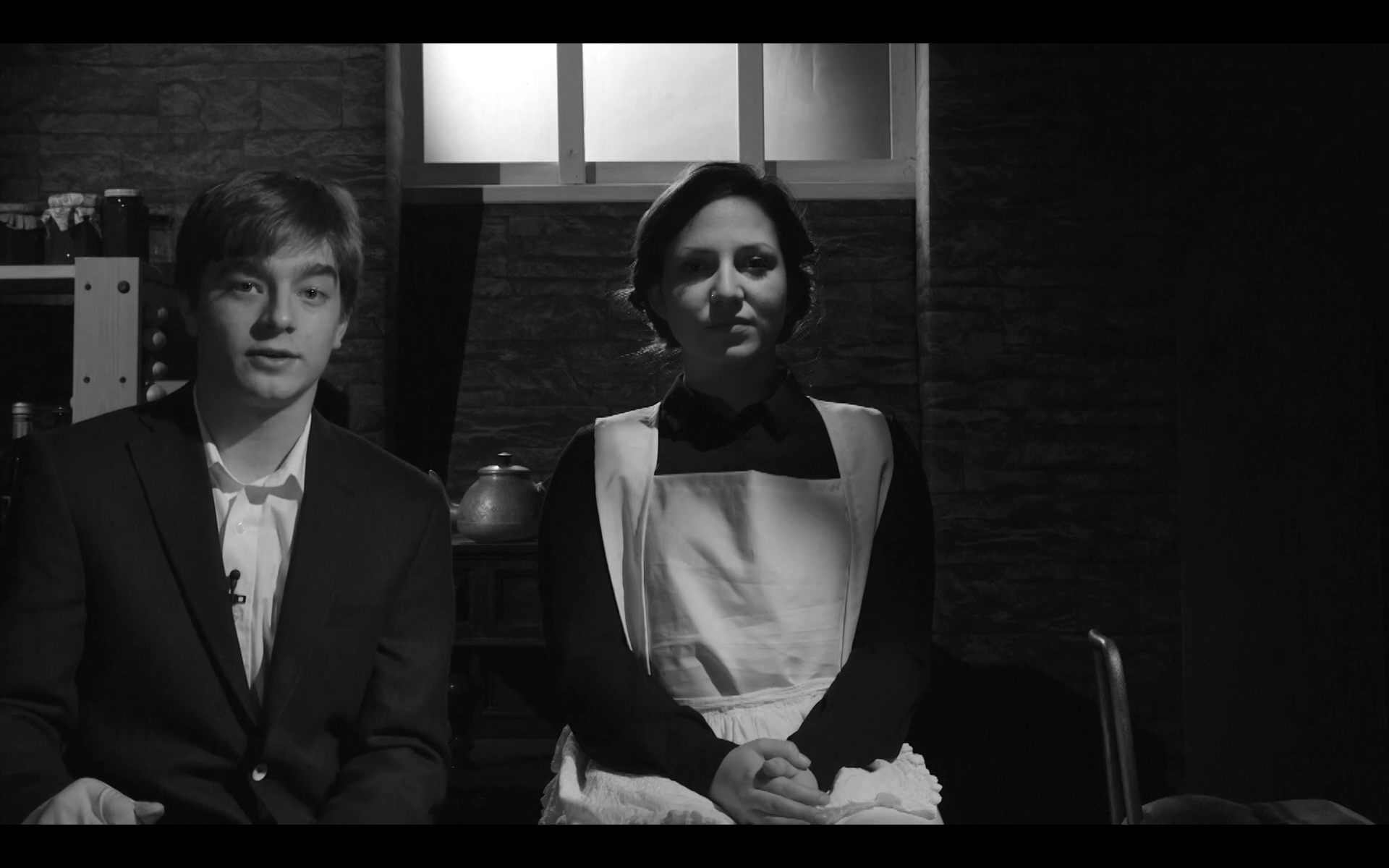 In the optional subject “Light for Film and TV” at UAS St. Pölten we had the choice of getting a “participated” at the end of the course or finish with a project work and get a real grade. We decided to make a project and found out that we had to do it pretty quickly, since all members of our group had a very populated schedule.

So we quickly came up with the idea of replicating a scene from a film and doing some kind of analysis. We took a video from the DEDO lighting contest as our inspiration for the explanation.

At first we planned to build the set out of cardboard. But when I told my father, he suggested asking Vienna’s English Theater for help. Luckily they told as that they were just about to change their set and that they had several wooden plates left, we picked them up.

For the location and the   I asked my father to lend us his studio. Then we started. We had just one day to get everything done (except the post-pro), but working together we managed to build up the set pretty quickly, including painting the window frame and putting the wallpaper onto the wooden walls. Since the camera does a slight dolly move in the original scene we set up a ladder dolly. The camera we used was a Canon C100.

During lunch we started to think about the text and the lights and then we went to work. We had the original Scene on a large screen and adjusted everything to fit. You can see the result here:

Here is the original scene here:

A quick time lapse of our process:

Also the video from the DEDO lighting contest: